When you book with an account, you will be able to track your payment status, track the confirmation and you can also rate the tour after you finished the tour.
Sign Up
74
9 Nights
Madrid
Madrid
DetailTour USPItineraryMapPhotos

Spain, a country on Europe’s Iberian Peninsula, includes 17 autonomous regions with diverse geography and cultures. Capital city Madrid is home to the Royal Palace and Prado museum, housing works by European masters. Segovia has a medieval castle (the Alcázar) and an intact Roman aqueduct. Catalonia’s capital, Barcelona, is defined by Antoni Gaudí’s whimsical modernist landmarks like the Sagrada Família church.

Madrid, Spain’s central capital, is a city of elegant boulevards and expansive, manicured parks such as the Buen Retiro. It’s renowned for its rich repositories of European art, including the Prado Museum’s works by Goya, Velázquez and other Spanish masters. The heart of old Hapsburg Madrid is the portico-lined Plaza Mayor, and nearby is the baroque Royal Palace and Armory, displaying historic weaponry.

Welcome to Madrid! Upon arrival at the airport, we shall be waiting to transfer you to your hotel. Check the informative panels in the hotel reception area for the welcome meeting with your guide and fellow travellers to receive information about the circuit. Towards the end of the day, we provide transfers to the Egyptian Debod temple, Plaza de España and Gran Via; a vibrant city. Indian dinner is included.

This morning, experience the city on a guided tour, which showcases the city’s vibrant centre, the beautiful Plaza Mayor (Main Square), its broad and magnificent avenues, its many fountains and a walking tour of the beautiful Retiro Park, enhanced by the lake and Crystal Palace. Our tour includes a visit to see inside the Plaza de Toros de las Ventas, a fine-looking building. Here we learn about the tradition of “corridas” in the Bullfighting Museum. Enjoy the rest of the afternoon. At sunset we provide transfers to the Plaza de Oriente in the historic centre of Madrid, opposite the Royal Palace. Vegetarian or Indian dinner is included. Return to hotel.

We depart early in the morning from Madrid. Heading towards Aragón, we pause our journey in ZARAGOZA. Our guide will join the group to Basílica del Pilar. Afterwards the group will have free time to visit this impressive sanctuary and enjoy the city centre. Later, we make our way to Cataluña to the Monastery of Poblet, surrounded by walls in a beautiful setting, this is one of the best preserved medieval monasteries in the world (entrance and guided tour included). We then go on to the Monastery of Montserrat where we include a ride on the rack train for the fantastic views this gives. Continuation to BARCELONA, arrival in the late afternoon.
Important note: in the winter months, from November to March (both included), due to the shorter days, the Monastery of Poblet will not be visited (so that we can reach Montserrat in the daylight)

Today we will get to know Barcelona, an impressive city right on the Mediterranean Sea. Our visit includes an informative city tour with a local expert (note: If the group has fewer than fifteen people, explanations can be given by our guide.) We also visit the city’s historic central area with its Gothic neighbourhood dating back to the Middle Ages. We will visit the area where the Olympic Games took place. It will be possible to see and photograph La Sagrada Familia basilica; the masterpiece designed by the architect Gaudí. Subsequently, we include the entry ticket to “Poble Espanyol” (meaning “Spanish Village”). This open air architectural museum is situated in one of the most emblematic areas of Barcelona. Be delighted by the best Spanish craftsmanship and discover the architectural styles, traditions and folklore of the different communities in Spain. Free time to explore the city on your own. In the evening we provide transfer to Las Ramblas and Plaza Catalunya area, Indian dinner included. Return to hotel.

We travel south along the Mediterranean. A special stop is made at PENISCOLA, a small walled town on the shores of the sea. After a short introduction given by our guide, you can make your way through the town, discovering the fishing port, the castle and the beach. Time for a walk. Afterwards we travel to VALENCIA, time for lunch. In the afternoon, with a local guide we will include a visit to the third largest Spanish city that mixes the modern with the historical. We will know its historic center, the fish market, the cathedral and also the avant- garde City of Arts and Sciences. The most important modern tourist site in the city. Evening transfer to the Plaza de Toros. In this area an Indian or vegetarian dinner will be included. Return to hotel.

We continue through the community of Valencia. ALICANTE. Time to stroll in this active and very pleasant city by the sea. After lunch we go on our way to the Murcia region, where we will see CARAVACA DE LA CRUZ, A town considered by the Catholic Church as one of the 5 holy cities, its church holds a relic of Christ’s Cross. We include a ride up to the historic area on the tourist train. After this we will carry on along an attractive scenic road to ANDALUSIA. Arrival at the end of the day in GRANADA.

A full day in GRANADA and tour (including entrance and local guide) of the immense Alhambra Palace and its beautiful Generalife gardens built in Arab times. Time for lunch. Free afternoon to see the Cathedral with the sepulchre of the Catholic Kings. Later, enjoy an evening transfer to the Albaicín of Granada, a World Heritage site along with the Alhambra, where you can enjoy dinner in a restaurant in the narrow winding streets of this captivating Medieval Moorish quarter. Dinner included (vegatarian or Indian) Tonight you have the option to attend a flamenco dance show and the traditional neighborhood of Sacramonte.
Note: in the Alhambra complex, the Nazari palaces allow a limited number of people in at a time. Sometimes your visit may be in the afternoon, depending on the timetables in which we are allowed in. In the highly improbable case of not being able to visit this area of the Alhambra, a visit to the Alcázares will be included in Seville (which have similar architecture and features).

We leave Granada and travel towards the Costa del Sol. MALAGA, arrival and time for a stroll in the historic centre with its cathedral and the Picasso Museum. After this we will continue along the coastal motorway with beautiful views of the Mediterranean. PUERTO BANUS, in Marbella, a pretty high level recreational port. In the afternoon we will continue through the hills and their stories of bandoliers until we come to RONDA, a very beautiful white town with its large gorge that divides it in two. Continuation to SEVILLE. Arrival at the end of the afternoon.

After breakfast, a local expert guides you through a scenic visit of Seville featuring the Cathedral and its famous Giralda, the banks of the Guadalquivir River, popular neighborhoods of Santa Cruz and Triana and the beautiful Plaza de España. (Note: If the group is fewer than fifteen travellers, it can be arranged in both Spanish and English). After the tour, we will include a boat trip along the river Guadalquivir, enjoying the panoramic views from the boat. Enjoy leisure time straight afterwards. At the end of the afternoon, we will go to the historic city centre area (Calle Alfonso XII) Dinner, indian or vegetarian included.

We leave Seville following the valley of the Guadalquivir to CÓRDOBA. With a local guide, we include a visit to its great Cathedral-Mosque and to the ancient synagogue (entrances included) and a stroll in the old district with its famous patios of flowers. Free time to stroll through its flowered alleys. After lunch, we continue towards the Castilian lands and stop at CONSUEGRA, where 12 giant windmills next to the castle, contemplate the La Mancha plain. We visit Venta Rucio windmill. Continuation to MADRID and arrival at the end of the day. 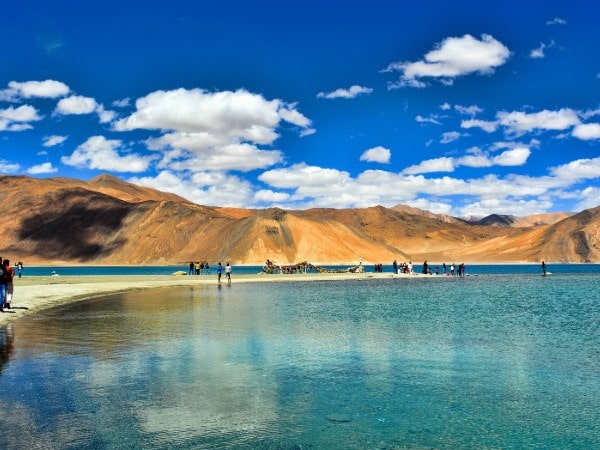 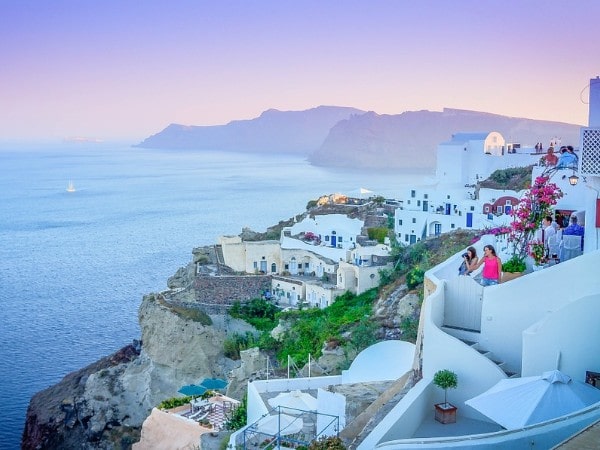